The #CACHEBelfast event caught our eye on Twitter. It turns out there was a duplicate event in Derry. It was billed as a celebration of the creative industries.

We were introduced to the concept by Clare Magill from Noribic, who is leading the initiative to develop a representative body, one that – I understand – will gather, galvinise, lobby, inspire and enliven the Creative Industries, a notoriously difficult to define, and even harder to find, group.

So Who or What Exactly Is The Creative Industries?

Speakers and questions from the floor made an attempt to both define and include in equal measure. Creatives may be, for example:

Why Don’t People See Themselves as Creative?

My best guess, coming on the back of many discussions with other professionals at networking events, and over tea and buns, is simply that many creative people do not see themselves as creative.

You’re Creative If You Make It Happen

My not terribly worked out theory is just as simple. You’re creative if you make it happen. The word itself means to make something from nothing.

If there is a fledgling network still trying to define itself, then find and convince potential members, where there used to be none, that’s creative!

I look forward to the development of this network for the Creative Industries in Northern Ireland. 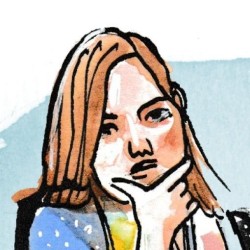